When I glued the top to the body, I made the mistake of placing the clamp directly on to the wood on the lower cut out. This caused a dent in the walnut. In order to fix this, I could have just sanded the top. But that would have taken a great deal of work and turned a great deal of the top into saw dust in the process.


I decided to try something that I read about somewhere on the internet. It involves using steam to raise the grain grain in the dent.


The first step is to apply water directly to the dent.


Then lay a cotton cloth over the water, and apply an hot iron creating steam.

The steam raises the grain of the wood.


Then follow up with a light sanding with 180 grit sandpaper. repeat this process a couple of times, and the dent will slowly disappear.

After about one year, I've finally completed the Lap Steel for my friend, Sven. I delivered it Sunday. He plugged it in for a test drive. The hard maple body offers a warm yet bright sound. The 250K tone pot combined with the .022uF capacitor provides a long smooth range.

Here are a view more photos of the completed guitar after my final setup.

Here's a little more progress on the LP Jr. I've glued the maple veneer and the curly walnut top into place. Here are the before and after photos with the clamping process. As always, I keep the clamps in place over night until the glue has cured.

So far, I am about 30 hours into this build. I'm probably a couple weeks away from moving onto routing the pick-up cavities. This weekend, I am hoping to finish the lap steel build. No photos of that one right now, polishing out the finish doesn't really lend itself to interesting photography. I promise to do a separate blog post of the electronics, hardware and finished product next week. 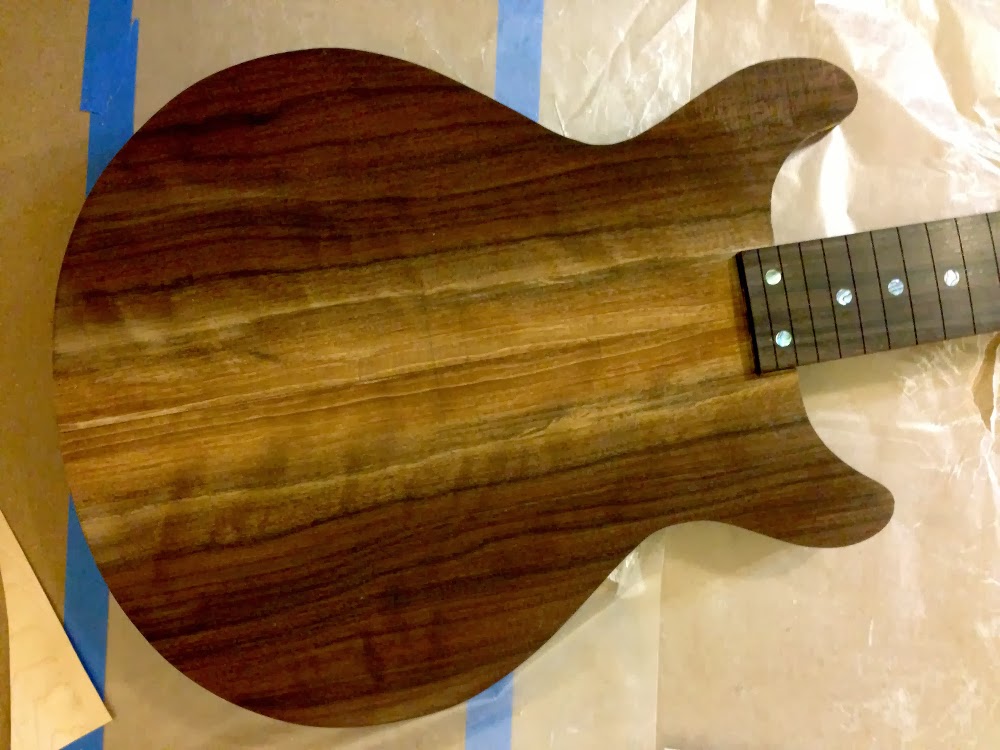 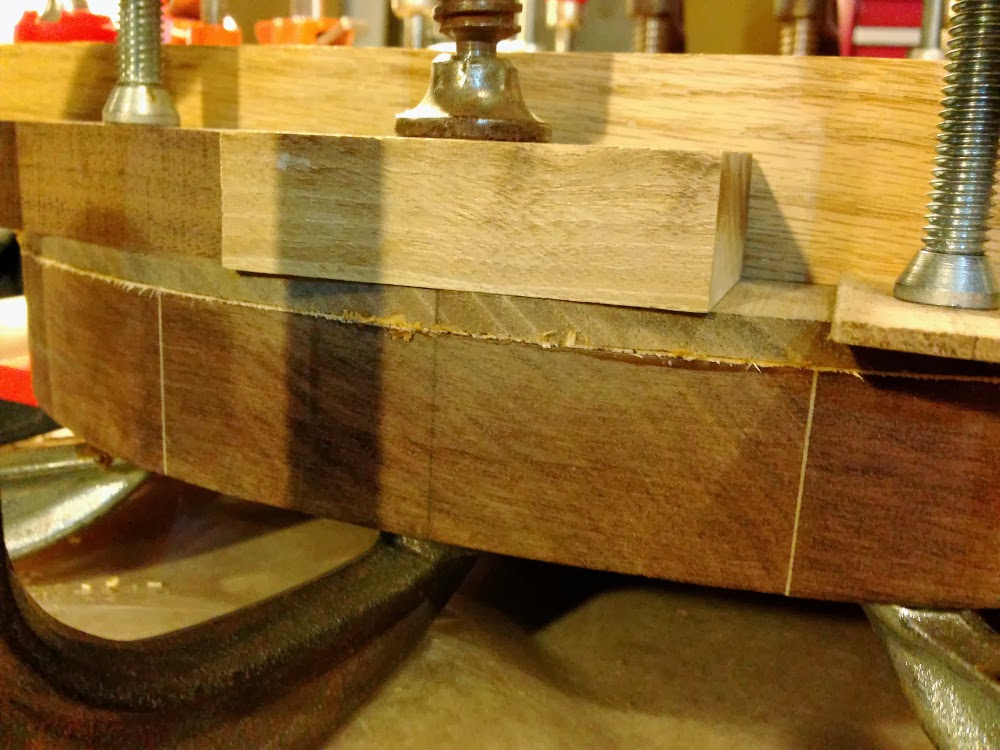